You can save this artwork

Add to cart
You can make an offer. Read more
You must log in to Artely Market to place bids.

Upload your room
How does it work?

About From the beginning.

Everything on the canvas is hand painted including the tape.

Henrik Johansson paints with his heart. It makes his hand that holds the brushes and his eyes that choose the colors to listen to the thoughts and obey the impulses that do not have their roots in an academy of art, but just in his heart. In the joy of painting. In the joy of being able to paint.

As it is the joy of heart that rules the art of Henrik Johansson it would be easy to believe that he is one of the so called “Sunday painters”, also known as “the Sacred Heart painters”. The nickname “Sunday painters” goes back to the naïve masters from the years around the former turn of the century, self-taught artists who only were free to paint on Sundays.  Among them mainly the Parisian Costums officer Henri Rousseau (1844-1902), who also belonged to those who showed the way into surrealism, the multifaceted reality that hides behind the immediately visible world.

But even if the heart also has guided Henrik Johansson to realities that many times seem to be multifaceted och filled with mystery, it would of course be wrong to call him a naïve artist. That is naïve meaning untrained and childish. It is true that he calls himself an autodidact and by that places himself on the same level as the naïve painters, but he has not been left totally to himself. As a child Henrik Johansson belonged to those kids who always drawn, sketched and painted. When he later should start high school, the choice was easy:  it became the craft line with art as the first choice. There he met the artist Thomas Holm, a figurative expressionist with a good eye to classic art. Holm quickly realized the young student’s ability of to achieve and reproduce a motif with an apparently intuitive look for anatomical abbreviations, perspective shifts and nuanced dialogs between light and shadow. He gave his adept a good advice: Study Caravaggio! All that Henrik Johansson was aiming for, this Roman baroque artist had driven to perfection, only 400 years earlier.
And Henrik Johansson followed his advice. As a sort of reference to a zero where all started, in any case for Henrik Johansson. Since then Henrik Johansson has perfected his technique and have shown his art at Galleries, Art Fairs and Art galleries (konsthallar) around the world.

In layer by layer where faces, bodies, parts of bodies, parts of clothes partly overlaps each other, Henrik Johansson plays with our fantasy and our perception. Also here it deals about fragments that are glued together to collage with use of illusory painted pieces of yellow masking tape. He paints a story. An incoherent story and we have to fill in the words ourselves.The answer is with the viewer.

It is like this Henrik Johansson works. No answers are given in beforehand. The paintings are omitted for the viewer’s mindsets, which turns them into barometers. They can swing between hope and despair, between tangible reality and untouchable dreams. Not even the titles of the paintings are to any help like Latin quotes : “Dum vivimus, vivamus” – “While we live, let us live”. Let us live with different identities in an all-time changing life where the only move that counts is the move of the body. As already mentioned, the art of Henrik Johansson leaves no answers, in return it trigs the curiosity. Book a studio visit with the artist
You must log in to Artely Market to be able to send a message to the artist. 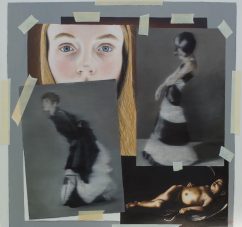 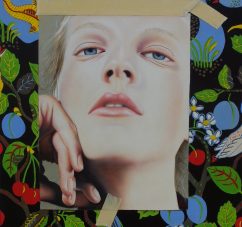 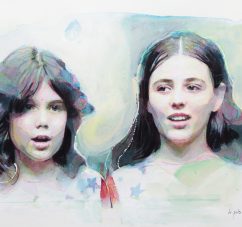 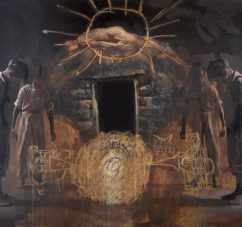 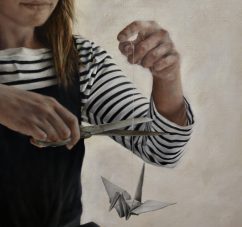 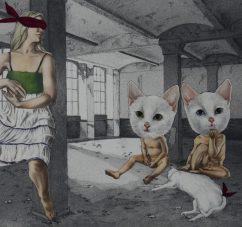 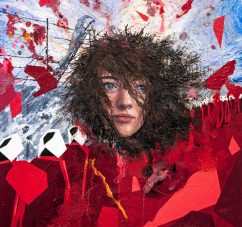 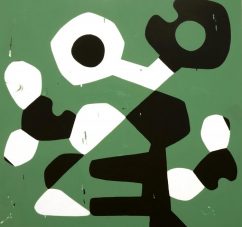 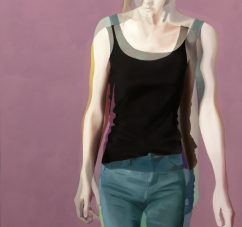 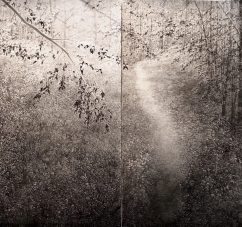 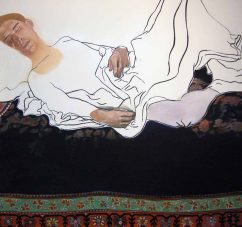 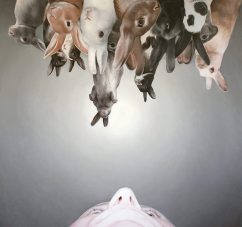 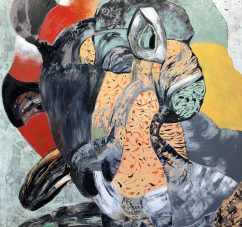 Artwork by Magnus Gustavsson “Beyond”, oil, 6

Artist Application For Selling on Artely

Gallery Application For Selling on Artely 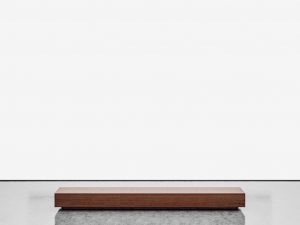